Once the hole in our yard was dug, we had high hopes that it would soon be filled with footings, and then foundation walls! Basically, we were hoping for progress. But alas, it was not to be. The project timeline really starts from the ‘set foundation’ point. So the approximate 6 months to completion timeline clock has not actually started ticking. And so, we started the other week not with footings or walls, but with a meeting.

After two weeks of e-mails, phone calls, and engineering reports, our architect called a team huddle in the hole. 8am on Monday morning, we met with the architect, the builder, and the structural engineer. The five of us stood in the hole and worked out what the actual plan moving forward will be.

The problem we’ve been trying to address is about the depth and condition of our current foundation and how it compares to where we want the new addition basement floor to be. Our rumble wall foundation and the existing basement floor are at the same depth. It was expected that the foundation would be deeper than the floor height. Being at the same depth can cause some problems when it comes to tying in the new foundation to the existing one. Lots of options have been floated around, and some of these would potentially impact where the stairwell into the basement is placed, where the door to mudroom is placed, the height of the new basement room, etc….

Not helping the situation is the condition of our soil and the condition of our foundation itself. According to the engineer,  “Old houses with rubble walls and lots of potato rocks in the soil can be really challenging”. And then he looked around and realized we were essentially standing in a pile of potato rocks while looking at a rubble wall. Sigh 😦

At the end of the meeting, we seemed to have reached an understanding as to how the footings and foundation could be poured without causing walls to cave in, and ensuring that new and old foundations are attached together! Yay! Tuesday that week brought a crew and cement truck that poured the footings so we’re on our way. Unfortunately, it’s been cold and wet outside – not conditions conducive to curing cement. Some of the crew used the remnants of our old deck (tucked into the far corner of the back yard) to construct some framing that they then placed tarps overtop. Heaters were placed under those tarps helping to keep things at the right temperature for 72 hours. Then a bed of straw was laid on top and covered up once the curing was finalized. The temperatures dropped to winter freeze your tushy off levels so the straw/tarp combo was to keep things dry and warm.

Excuse my terrible through the door iPhone photos. One of these days I may start taking ‘real’ pictures for this blog… 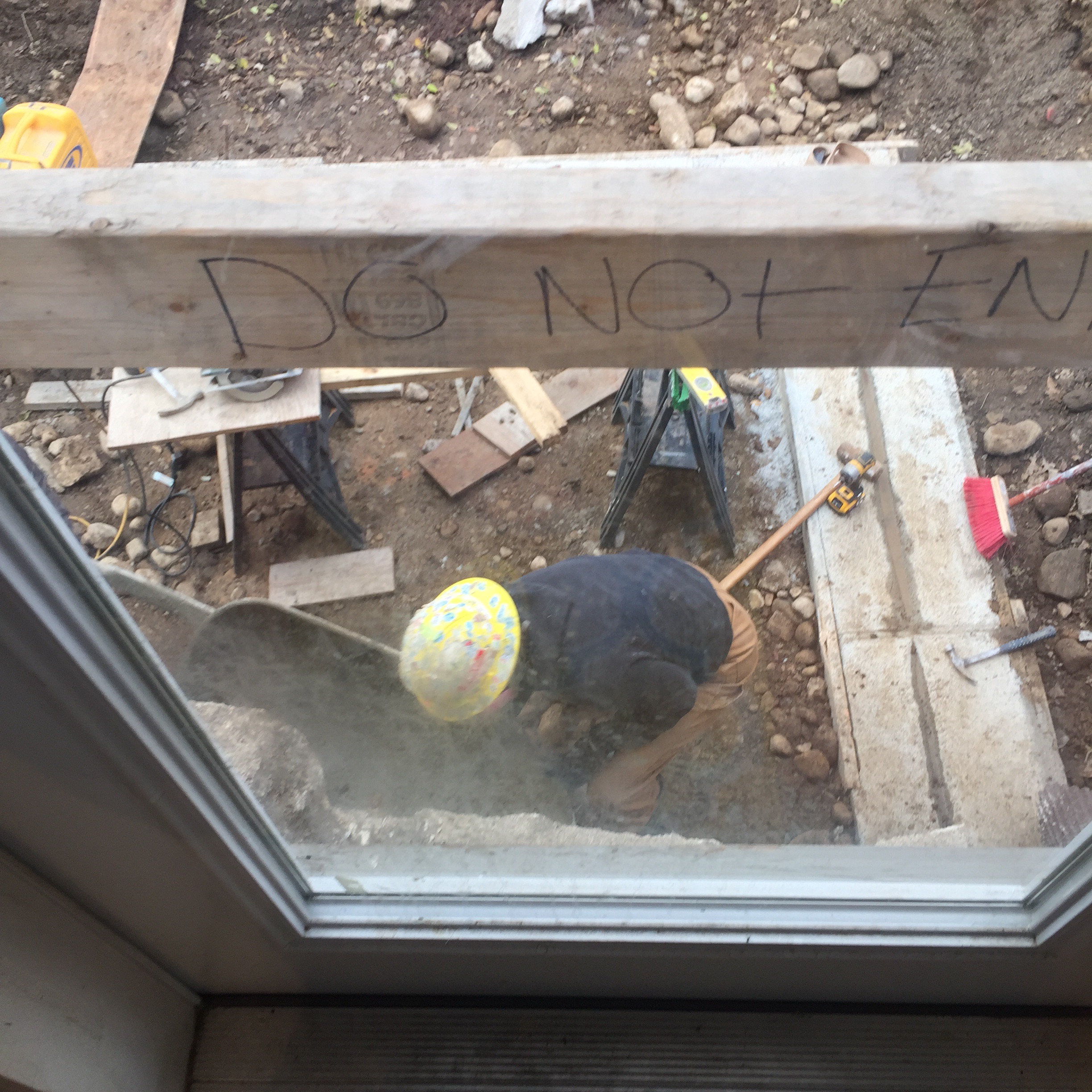 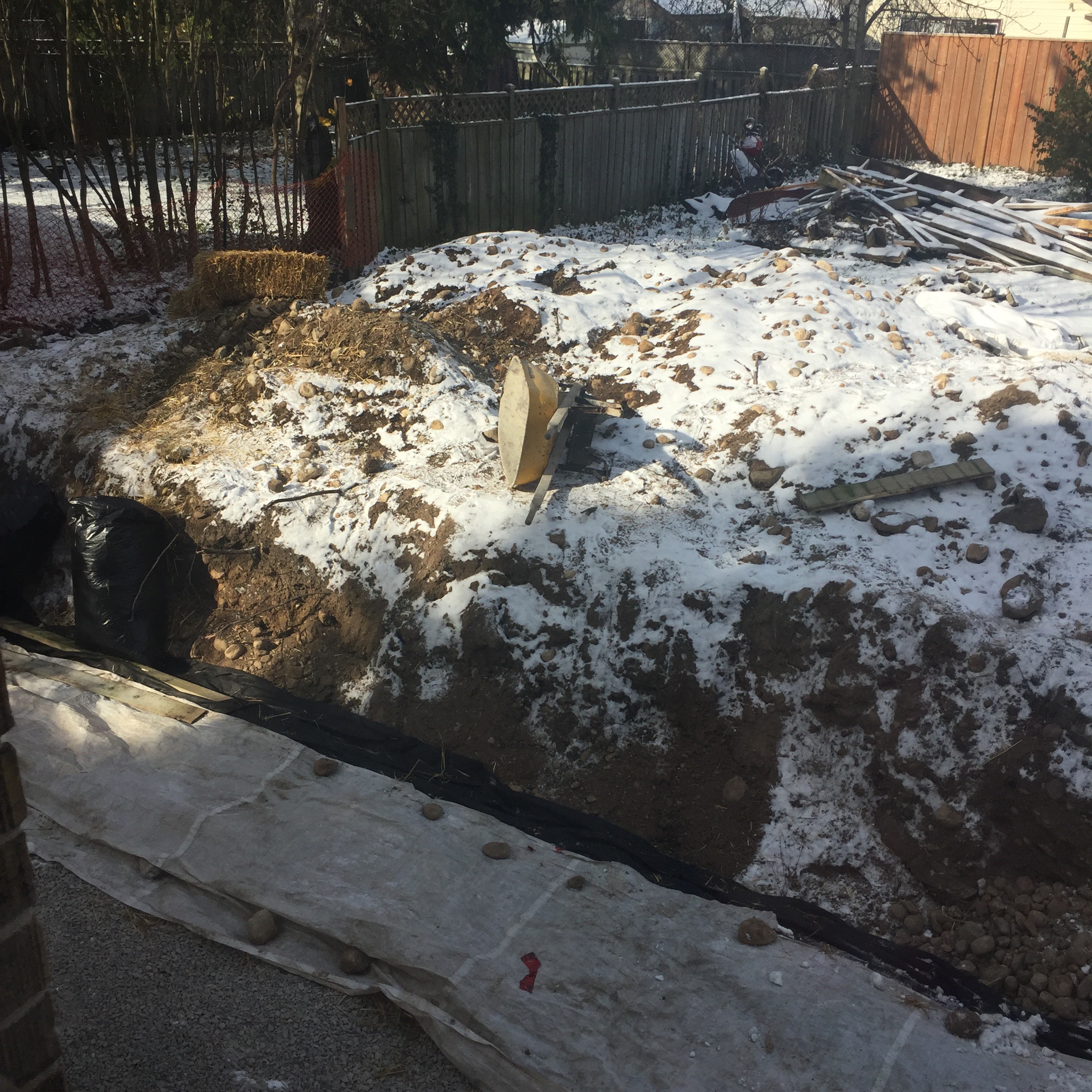 And oh – is that a sump pump I see? Why yes, it appears to be just that! Progress my friends. That’s what we’re looking at here!

If all goes well and it stops raining (please stop raining), we may have walls soon. One can dream, right?